skip to main | skip to sidebar

This is the quadrennial season when we get weedy about political polling.  This is also the season when, because it is political polling, some mug feels obliged to question the authenticity of the polls.  The polls are subject to the same defamation that infects most political discourse these days.  There are voices that expect a certain blind yassuh-boss gulping-whole of whatever drivel they’re selling.
Cynicism is easy.  Uncomfortable facts, we think, can be explained away.  Facts are not like that.  Facts are stubborn and ignored at our peril.
All we need is a little perspective.  Perspective in this case requires that we paid attention in math class and have a nodding acquaintance with the rules of logic.
That’s a tall order.  After all, ignorance is honored on many soap boxes and is a prerequisite to membership in some political movements.
That said, everything we need to learn is available to us stress-free.  Neither is it something we can’t learn in an afternoon.  Not that it comes cheap.  You don’t get to criticize if your basic knowledge is informed by half-assed opinion, wishful thinking or the utterances of those who aren’t clothed with expertise in the topic.
Terms like Margin of Sampling Error, Push Poll, Shy Tory Effect, Bradley Effect, Social Desirability Bias and Weighting will get you a long way.
Similarly, logical fallacies such as Post hoc ergo propter hoc and her kissin’ cousin cum hoc ergo propter hoc are useful principles as well.  They mean that just because events happen sequentially or at the same time doesn’t mean they can be linked. In the world of political slander these adages rank highest among the fallacies manifestly deserving of caution.

While we’re at it, correlation is not causation.  It’s the first thing one learns in logic class and the one thing least honored in the world of political gibberish.  Pundits have a way of filling-in-the-blanks between facts.  Two irrefutable facts thereby bookend a narrative of refutable humbug. 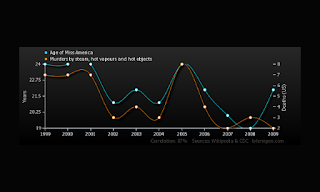 Take a look at this chart.  It appears to be all sciencey comparing the age of Miss Americas and homicide by hotness.  Maybe it is a silly example but you can easily see how false equivalence and mean spiritedness can conspire to produce an elegant lie.
When properly designed, polls do not lie.  Pollsters lie.  Poll respondents lie. Poll analysts lie.  Polls do not lie.  The adage attributed to Mark Twain is
particularly apt here: “Figures don’t lie liars figure”.

Here is an analysis of poll data that I call The Bowel College.   It purports to show one Electoral College victory path for Mrs. Clinton.  Mighty goofy but solid design by Nate Silver, It is included here because polls can be fun too.

So … armed with the healthy sort of skepticism and some basic knowledge, we can trust the polls.  With that trust, the news can be more about information and less about being hoodwinked.

Lying Through Our Teeth

In the abstract there may be some excuse for a lie.  As a matter of fact, certain lies are enshrined in law and used every day.  It is okay to lie to a criminal suspect, for instance.  Lies are all around us as claims of “the best” and the “most effective’ swirl around advertising and advocacy of all kinds.  Lies are generally permitted when national security is genuinely involved.
It is more difficult to justify or countenance lies in public and political discourse.  Few of us would even try to say that lying is a good thing in the context of political speech.
If very few of us can find an excuse for lying, what is our response when our guy is caught in a lie?
Mostly, we just change the subject.  We employ a mechanism that essentially says: “You say my guy is lying but your guy lies too.”
See?  There is no justification made here for the lie.  We merely arrange the question in such a way as to divert attention from my guy’s lies to your guy’s lies.  By this mechanism, we don’t bother with some lies by pointing out other lies.
Let me propose that lying is generally both wrong and unjustifiable.  Lies do not cancel one another out.  Rather, each specific lie, no matter the speaker, stands alone and naked as wrong.
The ditty we learned in our youth is instructive here: “Oh what a tangled web we weave when first we practice to deceive”.  In Walter Scott’s epic poem, the lie first told to justify an indiscretion within a love triangle, finds its way inevitably and assuredly to a fight and loss of life that could have been avoided absent the lie.
Lying is bad for us. Just so, tolerating a lie implicates us in that lie.
Posted by Poppy at 12:59 PM No comments: 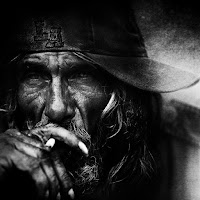 In psychology, which is Mark’s place of business, echolalia is what crazies do as they walk down the street muttering to themselves or broadcasting some mumbo-jumbo as if there was something soothing or significant in the retelling.
There is no end of echolalia in our public discourse as well.  No sooner has some pundit or other public person characterized an issue, there are those who will parrot it.  Never mind that most of the time these words and phrases are for the purpose of defamation. Never mind that these characterizations are often the output of a focus group with the single charm of dumbing-down an issue of importance.

There are between 6.5 and 7.25 billion people on the planet. All of them are different. Each of them is different from every other one of them. That’s hardly a new thought but one that is comforting.

So here I am having a smart coffee at a cafe on a busy intersection in one of the world’s great capitols with nothing better to do.  People are going by showing off their differences.

I doesn't take much to figure that everyone who did live beat some spectacular odds. There are so many permutations that we will soon run out of zeroes to calculate the odds over the generations for any of us with all our unique differences to have been born at all.

The mere act of you being you and me being me requires beating the odds starting at one in 400 trillion (4×1014); essentially zero. The math is easy with a few assumptions but zero in every case.

And … to make one phenomenon a paradox of another … we mostly come in pairs.  We are drawn to be in relationship with at least one other person.

Okay. I'm just one guy enjoying a smart coffee in a cafe on a busy intersection in a world capitol. All those people going by and I share a special something of incalculable proportions while being utterly unique and paired up to boot.

Last night we watched a terrific documentary film about Ricky Jay, a scholar, actor and magician.  The documentary is called Deceptive Practice.


In the movie, a martial arts teacher told us about Jay’s tremendous focus illustrating it with a story of some artifice Jay did at a dinner with his fellow Aikido students.  The trick involved folding two one dollar bills together to produce a two dollar bill.  Everyone at the dinner begged Jay to tell them how the trick was done.  Jay, of course, refused.  Just so, he refused on many other occasions to say how it was done. A certain mythology developed about what circumstances it could be done or not done. The students puzzled over how they could con Jay into a position of being unable to perform.


They saw their chance when, after a workout, they presented Jay with two ones while he was nude and showering.  The picture is priceless.  Jay is roundish and gnomish with a slight speech impediment.  Still, Jay performed the trick flawlessly.  To this day, the sensei carries around the two dollar bill to remind himself and his students about the power of focus and of their own inability to tease out how it was done.


The story reminded me of David and Goliath.  The story is well known, so I won’t repeat it here.  Suffice to say that a Philistine giant challenged the Israelite army to single combat to settle certain territorial claims.  Goliath had been causing trouble all during the opening skirmishes in a valley between two mountains.


David was a slinger. Incredibly, when David told Saul he could rid him of this pesky hulk he never mentioned the sling.  Rather, he told Saul he was a bear and lion fighter.


Goliath was accompanied to the valley by a shield-bearer. Upon seeing David, he began taunting calling him a mere boy carrying sticks. 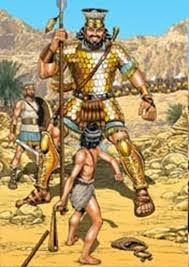 David prevailed that day because Goliath was slow, dim-witted and probably visually impaired.  That’s why Goliath had to be led out. David had one stick (a shepherd’s staff) and hid the presence of the sling.


David ran toward Goliath who was dumbfounded by the move.  When it was too late David produced the sling and fired off one of his smooth stones.  Goliath went down.  David finished off Goliath with Goliath’s own sword.  The Philistines took flight and were routed by Saul’s forces.  The Philistine camp was looted and many invaders died.


David appeals to us even today because he is one of those prized people who was both a warrior and a poet.  This story also shows him to be shrewd and exceedingly blessed.  David’s lineage puts him as a direct descendant of Ruth, the Moabite woman.  It’s important to note that the Moabites were an unsavory lot.  Despite his questionable purity, David was a forebear of Jesus.  David was anointed King when Saul failed.


In the case of Ricky Jay’s deceptive practice, he depends on our slavish regard for both the usual measures of success and insistence on believing only those things we can see.  The story of David and Goliath points to the folly of a slavish regard for the usual measures of success and an insistence on a belief only in what we can see.

This may be new to you, but bear with me. You will be rewarded.

You only have to remember the gist: one thing does not cause the other because they occur near, before or after the other thing. 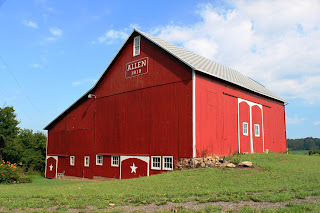 One interesting version of this is in the news every day; the medical news. It’s called The Texas Sharpshooter fallacy. Sorry, there is no Latin word for Texas.

This fallacy posits that if there are at least two factors that present themselves in a large sampling of data, the same conclusion may be drawn as from the whole sample. It’s as if someone shot a million .45 rounds in the broad side of a barn. After examination of the bullet holes, our gunman draws a target around two of them claiming a medal for marksmanship.

It would be funny if it didn’t have tragic consequences. Our brains are wired to look for patterns. That’s how we recognize faces for instance.

Thousands of parents have refused to have their children vaccinated because of this cruel fallacy. A child has autism, that child got vaccinated; vaccination causes autism. It’s not as if parents were making a tragic mistake for their own children but they are also risking exposure to Rubella, for instance, to their children’s classmates. Remind me to talk about Moral Hazard some day.

Not that there aren’t hilarious examples of this as well, Sports radio is full of it. Some talking head notices that Bruiser’s ERA seems to fluctuate with his picture on the first page of the sports section of the paper. That’s fun but no less a load of equines puckes.

Poppy
A 68-year-old man writing to his grandchildren about his struggles with weight and fitness. A 68-year-old opinionated retiree with time on his hands.